To all our clients and prospects

Recently we have been notified of apocryphal products sales baring our brand; as well as plagiarized Technical Data Sheets from Zeolitech; given which, we ask you to consult directly with us or any of our authorized distributors found in this web page, in order to avoid becoming victim of a fraud and spending in products which do not undergo the certifications and quality that characterize us and could even damage your crops.

Furthermore, we remind you that all our products, except SCA, are packed in branded sacks with the name of each product, its guarateed composition and all the information required by the certifiers.

Also, we take this occasion to thank your preference and recognition.

Also called diatomite or diatomaceous earth. It is a mineral of biogenetic origins; that is, algae skeletons deposited on the sea bed or bottom of lakes, or fossilised algae. Its structure varies according to the species of algae in question.

DIA-FIX® is used in livestock as a mineral drying powder due to its moisture retention - greater than 150 times its weight, which improves environmental conditions. Its use in BOVINE as a drying agent/litter sanitizer prevents the development of bacteria involved in Mastitis and Digital Dermatitis. It can also be used in POULTRY as preventive method for bacterial pododermatitis; moreover, reducing ammonia.

Nevertheless, its most extensive use is during the birthing process, thus applied or sprinkled over the newborn skin. In the case of small species, the newborn can be inmersed in a tank containing DIA-FIX® (taking care not to block the respiratory tract). This will keep the newborns dry, eliminating remains of organic matter such as blood, plancenta, fetal membranes, mecomium and other fluids; especially being beneficial in the breeding of SWINE. 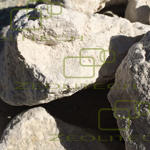 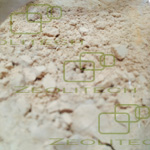 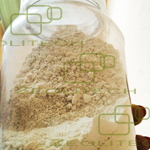 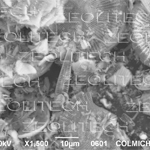 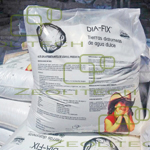